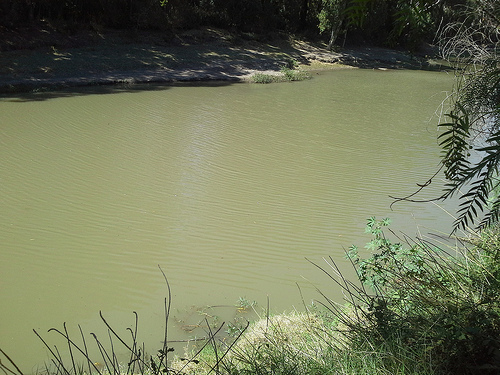 Seventy kilometers away from Addis Ababa, Ethiopia’s capital city, lays Mojo or Modjo as inhabitants of this town call it. The town got its name from Modjo River that passes through this industrial town.

Modjo River is a water source for many inhabitants in Ethiopia but is one of the most polluted rivers. The river whose source is from the Awash Basin is in a region that over the past years has experienced high levels of agro-industrial development.

Both agriculture and industrial processes drain their agro-industrial toxic waste containing high levels of phosphates, nitrates, chromium, lead and dioxin compounds into the river. In a study done by Berehanu (2007), he describes the state of pollution, which has also affect the groundwater..

“….the discharge of domestic and industrial wastes from the town highly limits the applicability of surface water and also the quality of the groundwater in the area is deteriorated by infiltration of polluted water”.

Communities living near this river continue to suffer. Health problems like skin blisters, diarrhea, gastroenteritis, urinary tract infections, and liver diseases affect both adults and children who use the water for domestic purposes.

Animals too have not been spared as those that drink from the river have suffered loss of hair and sometimes become crippled and even died. Any farming done using water from the river produces food crops containing high levels of toxic compounds further compounding the problem. With this level of pollution, Modjo River in the near future will be an environmental catastrophe.

Treated effluents from the biological processes will be treated in the constructed wetland (CW) systems before discharging into the environment or recycling by the industries. The team is also investigating the removal of chromium (Cr) from the enriched slurry that will result from this process and find use for it. To avoid toxicity of Cr on biological systems in the biogas digester, a segregation system installed at Modjo Tannery that separates chromium rich effluent from the rest of tannery effluent will be used to deliver Cr-free effluent into a sedimentation unit located upstream of the anaerobic digester.

Chromium that might reach the sedimentation unit shall either be precipitated due to the high pH level of the effluent and/or adsorbed by the system and thus not available to microbial actions in the anaerobic digester system and in the final treated effluent. Because the sludge from the digester effluent may contain Cr, it will not be used as fertilizer but rather recovered and landfilled while the biogas will be collected and used for cooking and later on used to generate electricity for the tannery. The treatment process will ensure the waste is fully treated and the resulting treated water safely released into the Modjo River or recycled and reused in the industrial processes. 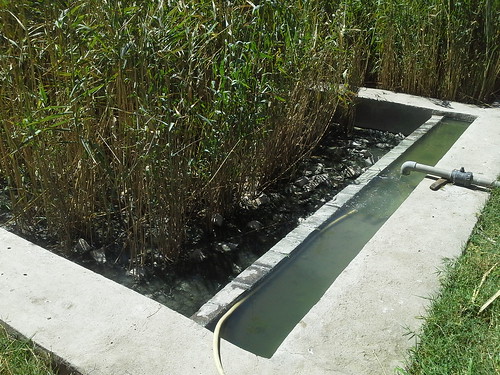 The Forum for Environment and Development Action (ENDA) in Ethiopia, a partner NGO is currently conducting a cost benefit analysis of the system and will publish their findings at the end of 2013. Once these technologies are ready, ENDA and other regional NGOs will disseminate the benefits of the technology to other similar industries. With more industries taking up these innovations, there will be less pollution of Modjo River and many other rivers in Ethiopia.

The benefits projected from this partnership are both short and long-term. Short-term benefits will result in a significant reduction in pollutants disposed from the Tannery to the Modjo River. In addition, the biogas generated from the biogas digester to be used for electricity generation will remarkably reduce the energy bill at the factory. Long-term benefits include the transfer and adoption of these technologies to similar industries in Ethiopia and the region in general, leading to a significant reduction in pollution levels and greenhouse gases emitted throughout the country and the region as a whole.