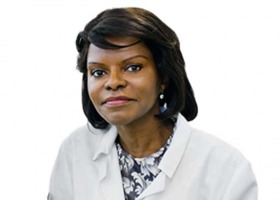 Dr Francine Ntoumi is the Founder, Chair and Executive Director of the Congolese Foundation for Medical Research. She also lecturers immunology at the Marien Ngouabi University, Republic of Congo, and is a Professor and Research Group Leader at the University ofTübingen, Germany.

Dr Ntoumi has developed health research capacities in Africa through the Multilateral initiative on Malaria that she led from 2007-2010 and then in Central Africa since 2010 by leading the Central Africa network on Tuberculosis, HIV/AIDS and Malaria and the Congolese foundation for medical research in the Republic of Congo, which she established in 2008, and has been recognized nationally, regionally, and internationally.

Dr Ntoumi has served in several scientific committees and international scientific networks in Africa and Europe, including being a member of the African Union’s High-Level Panel on Emerging Technologies. Her main area of ​​research is infectious diseases, with a particular interest in immunology and molecular epidemiology.

Dr Ntoumi was awarded the African Union Women’s Kwame Nkrumah Scientific Prize in 2012, and laureate of the RICE Prize (International Network of Congolese citizens). She also received the Georg Forster Prize in Germany and the Christophe Mérieux Prize in France in 2015 and 2016 respectively. In 2016, she received the gold medal for scientific research from the Republic of Congo’s Head of State. She is one of the 25 African women science leaders featured in the UNECA 2022 publication: Earth, Oceans and Skies: Insights from selected, outstanding African women scientists.