Sorghum and Millet, hope for food and nutrition security in Africa

BioInnovate Africa/News/Blog/Sorghum and Millet, hope for food and nutrition security in Africa 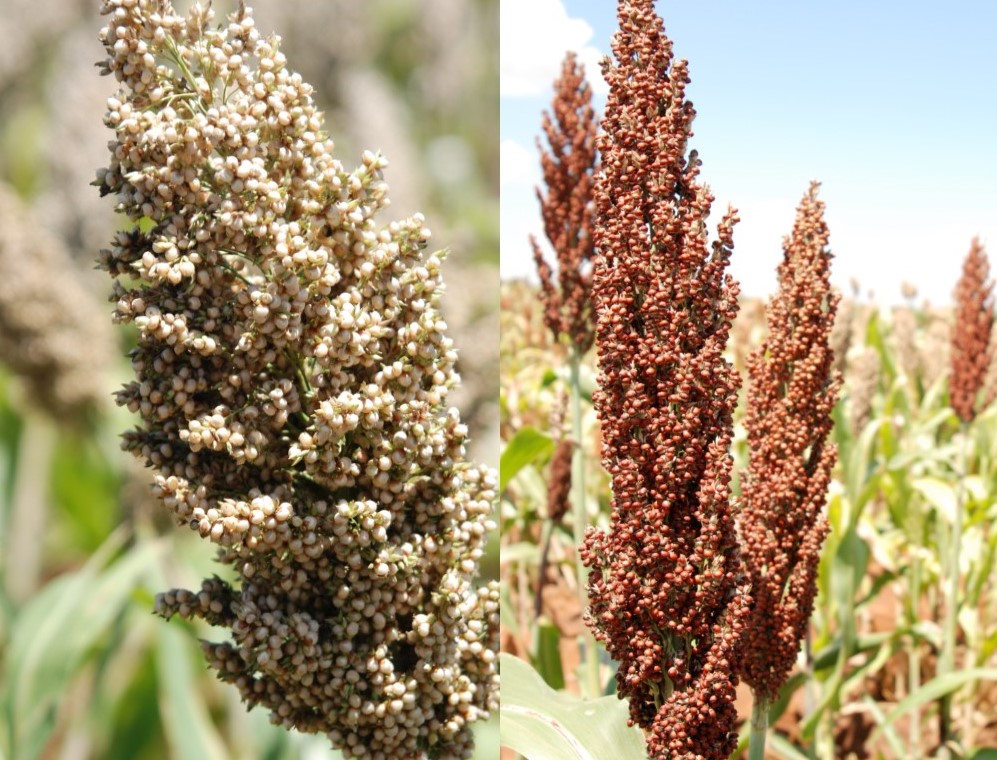 Sorghum and Millet, hope for food and nutrition security in Africa

Ms Gloria Kuhumba is a researcher in food biotechnology from Tanzania and one of the 12 pioneer group of BioInnovate Africa women scientists’ fellows. Her four-month fellowship was on our project that aims to  unlock the commercial potential of new sorghum and millet products for improved nutrition and socio-economic gains in Eastern Africa.

In the past three years, the Global Report on Food Crises (GRFC) has consistently shown that more than 100 million people faced acute hunger with countries in Africa also affected by food insecurity. According to the 2019 report, more than 113 million people across 53 countries experienced acute hunger requiring urgent food and nutrition, with 33 million of these people coming from countries in Africa. This calls for action to raise agricultural productivity, mitigate risks and promote diversification and processing to provide food and nutrition security.

Ms Kuhumba worked on important food security crops of sub Saharan Africa; sorghum and millet. These crops are highly valued as nutritious food due to their high levels of vitamins, protein and micronutrients that provide multiple health benefits. Ms Kuhumba believes that research in food and nutrition, particularly sorghum and millet, not only contributes to the health of individuals but also their efficiency and productivity.

Ms Kahumba’s research is in line with the theme for this’s year International Day for Biological Diversity, which is ‘Our Biodiversity, Our Food, Our Health’. Held annually on May 22, the United Nations’ International Day for Biological Diversity was designated to increase understanding and awareness of biodiversity issues. This year’s theme raises the awareness of the dependency of our food system, nutrition and health on biodiversity and healthy ecosystems. The theme also celebrates the diversity provided by natural systems for human existence and well-being on earth, while contributing to the Sustainable Development Goals (SDGs) 2030.

At BioInnovate Africa, we are taking action to conserve and sustainably use biodiversity through a number of climate smart and sustainable projects we support in Eastern Africa.  Our projects also promote local and indigenous biodiversity for food and nutrition. Our implementing project partners in Ethiopia, Tanzania and Uganda, are adding value to sorghum and millet to produce novel products, processes and formulations with enormous health and nutrition benefits. According to Ms Kuhumba, “New sorghum and millet products also improve food security especially in areas with adverse rainfall as the crops can be more tolerant to dry conditions.”

Ms Kuhumba explains that among other cereals, sorghum is a rich source of various phytochemicals, including tannins, phenolic acids, anthocyanins, phytosterols and policosanols. The nutritional profile of sorghum flour suggests that it is good for people who are allergic to gluten.

Ms Kuhumba says that the use of extrusion in the food industries has increased over the past two decades, mainly because of greater demand for convenience foods. “Demand for nutritionally improved snacks increased by 33% in 2015,” she says. She also adds that extrusion improves the nutritional quality of the products by improving carbohydrates and protein digestibility.

As we celebrate the International Day for Biodiversity, let us remember the enormous health and nutritional benefit that sorghum and millet can bring to communities in Africa and around the world.