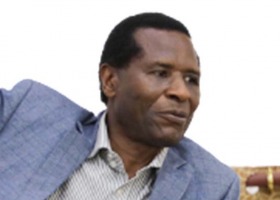 Prof Anthony Mshandete is a Deputy Vice-Chancellor, Academic, Research and Innovation at Nelson Mandela African Institution for Science and Technology (NM-AIST) in Arusha, Tanzania. Prior to joining NM-AIST, Prof Mshandete had served as the head of biotechnology at the College of Natural and Applied Sciences of the University of Dar es Salaam in Tanzania. He has published widely on the use and value addition of bioscience knowledge mainly in biofuels, bio feeds, and mushrooms production. His work is featured in over 60 scientific publications and has written two books on mushroom farming in Kiswahili language.

Prof Mshandete holds a B.Sc. (Ed) honours and M.Sc. (Botany) from UDSM, with a committed interest in the different aspects of the science of mushrooms, such as cultivation of commercial varieties of mushrooms, nutrient and medicinal composition. He studied at Lund University, Sweden and obtained his Ph.D at the University of Dar es Salaam in 2005. In 2021, he was listed among the top best scientists in Tanzania.