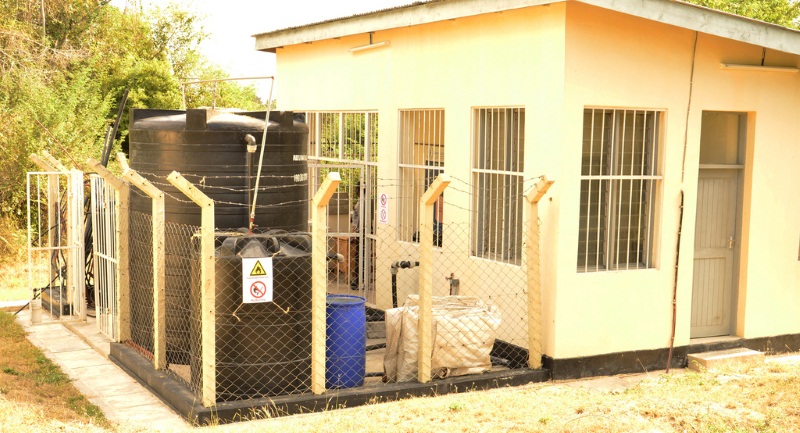 Project consortium 4 is one of the nine Bio-Innovate consortia projects whose aim is to create innovative technologies that will produce mushrooms and bio-energy from coffee and sisal processing wastes while reducing environmental pollution in eastern Africa.

At the end of the project, some of notable envisaged outcomes include:

This forum gave the project consortium team, the PMT, and the TAC representative the opportunity to review progress made thus far. The consortium team gave a comprehensive presentation on their progress, successes and challenges in implementing project activities. So far the team has completed the optimization of coffee and sisal waste substrate to be used in growing oyster mushrooms. They are further analyzing the quantity and quality of biogas generated from spent mushroom substrates from coffee waste, sisal post-harvest waste (SPHW) and sisal leaf decortications waste (SLDW) at laboratory scale operations.

The team is also optimizing biogas production using blends of spent substrates and investigating the use of single stirred tank (single stage) and two-stage bioreactors for the biogas production. Working with private sector partners in the consortium, Pwani University College (PUC) has already signed an agreement with Kilifi Plantations, Kenya and the construction of a biogas plant has already commenced, while the Ethiopian and Tanzanian project teams are working on memorandum of understanding between partners in both countries.

The pilot biogas plant at University of Dar es Salaam

The consortium has ventured into new research areas in bio-energy and as such they will be publishing a number of scientific publications in selected international journals. One such joint consortium publication comparing the suitability of the sisal and coffee substrates for mushroom cultivation and biogas generation is envisaged to be ready by 2014. The team plans to also publish handbooks from the component project activities being implemented by October 2013.

Presenting her assessment of the project, Karin Toderski noted that the team was on track despite considerable delays caused by lengthy procurement and administrative procedures. In evaluating the integration and value of the project to the region, Karin noted that the consortium was doing well with the planned joint dissemination of their results in an agro-industrial waste-processing handbook the planned workshops on mushroom cultivation.

The consortium is experimenting with various organic wastes to analyse what has a lot of bio-energy (photo credit: Bio-Innovate-ILRI/Albert Mwangi).

Karin advised the consortium to ensure that the technologies developed are transferred to the private companies for both the mushroom cultivation and biogas production to ensure sustainability after the end of the project. In addition, the consortium was advised to ensure that the engineering and experience of sustainable waste management and resource recovery knowledge is nurtured and disseminated within partner institutions for future capacity building. It was agreed that the partners adjust their activity implementation plans to focus on what is achievable by end of 2013.

Seyoum Leta, the Program Manager, in his feedback to the team noted that the regional aspect of the consortium was evident from the cross exchange of experiences but there were gaps in the execution of set objectives. He lauded the commitment of the partners and the efforts by the principal investigator to create cohesion in the consortium.  The team was encouraged to formulate a risk management plan to overcome the institutional challenges that was impeding their progress.

As a way forward, Seyoum advised the team to review their activity plans, further enhance cohesion within the team, and institute measures to counter risks brought about by the lengthy institutional and procurement challenges. He urged the consortium to comply with financial guidelines as stipulated in the standard operation procedure manual to allow for the next trench of funds to be released. On the bi-annual technical progress reports, Seyoum advised that the reports should clearly articulate results, milestones and achievements.