Women are central to the development of an African bioeconomy. Bioeconomy in simple terms is the use of scientific knowledge to enhance the economic value of biological resources, whether for food and feed, or in medicine, industrial chemicals, and bioenergy.

Women are the custodians of biological resources in most of the African communities.   Therefore,  increasing women’s involvement in bioeconomy initiatives is an important step towards an inclusive and sustainable economy in Africa. BioInnovate Africa started a ‘BioInnovate Africa Fellowship for Women Scientists’ in 2018 to promote women’s participation in bio-entrepreneurship and bio-innovation. The fellows receive mentorship, resources, networks, and experiences necessary to advance their skills, innovation capacity, and overall career progression.

Nadege Mugisha, an Electronic engineer and Lecturer from Burundi , Zainah Nampijja an Insect scientist at Makerere University and Diana Asero, an Agricultural economist from Busitema University in Uganda share their experience as pioneers of the BioInnovate Africa Women Fellows Scheme.

For agricultural economist, Diana Asero, the BioInnovate Africa fellowship, with the guidance of Prof Arnold Onyango, gave her an in depth and hands-on experience in the process of product development and market surveys of value-added fruits and vegetable bioproducts from the  Refractance window drier. In the four months that she spent at the Food and Technology Department of Jomo Kenyatta University of Agriculture and technology (JKUAT), Kenya, Diana was able to develop dried fruit snacks from papayas, pineapples and mangoes. Additionally, she also carried out a market survey to gain customer feedback on the products.  She describes her experience:

“Being a BioInnovate Africa Fellow has been quite an experience and eye opener for me. It has been an interesting journey where I have learnt a lot and also been able to contribute to the project where I was attached. I began my fellowship in JKUAT with the expectation of getting new knowledge and publishing a paper and I can confidently say that I have learnt and that my paper is already in progress”

In addition, Diana explains that her experimental research skills have improved with the constant interaction with other food science researchers and spending time developing dried food products such as mango, pineapple and pawpaw. Her experience living and working in a different country and organization has been challenging but very interesting.

“My experience living and working in a different country and organization has been challenging but very interesting. I have had to learn to adapt to a different organizational culture here at JKUAT as well as the Kenyan social culture like learning a new language, Swahili. I have also been able to teach people here a few things about Uganda. Within these four months  I have built a new social and professional network and built my skills and knowledge.” 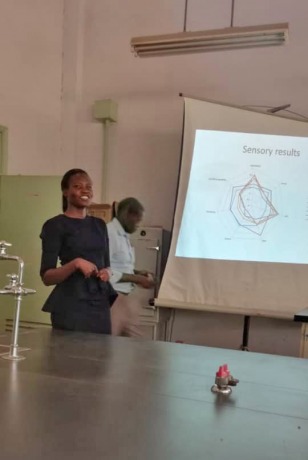 Diana describes the lessons she has learnt from the fellowship:

Diana completed her fellowship at the end of February 2018 and say that:

“This experience has given me exposure to different forms of fruit preservation. It has inspired me to think of business ideas in food preservation that I can implement. The next few months are going to be used to develop a PhD concept paper motivated by my experiences in the last four months”

Smallholder farmers in eastern Africa produce a diverse variety of fruits and vegetables that have unique nutritional and economic value. However, the value that can be derived from these crops is adversely reduced due to postharvest losses, seasonal production, limited value addition and challenges in market access. This in turn compromises food security and economic empowerment in the region. The use of  affordable food preservation technologies has the potential to reduce postharvest losses by up to 68%.

Nadege Mugisha, a BioInnovate Africa fellow and electronic engineer from University of Burundi, has been actively participating in the development and fabrication of the Refractance window drier under the mentorship of Prof John Muyonga and Dr Julia Kigozi from Makerere University, Uganda.

During the four-month fellowship, Nadege has had the opportunity to interact  with scientists, visit fabricators developing the refractance window dryer thus gaining experience in the designing, testing, fabricating and commercializing the technology. In the process, she has improved her research and publication skills.

“With guidance from my mentor and my engineering experience, I have developed a logical framework for a research proposal for a  solar water heating system to be used as a power generation system for the dryer in areas with no electricity”.

Working away from her home and country has helped Nadege to learn to adapt to new and academically challenging  environments, as well as expand her professional  network.

“As a female engineer from Burundi, living in Kampala, Uganda  and working at Makerere University has been an enriching experience because I have learnt to adapt to a different,  unfamiliar and unusual environment from what I am used to. I have faced new and unique challenges and that have given me the opportunity to learn and develop as a person.” 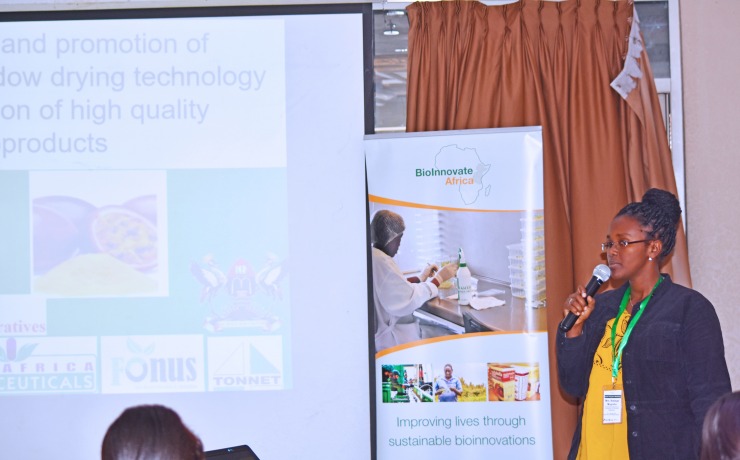 According to Nadege, some of the important lessons she has learnt from her four-month experience are:

“As a woman scientist in the early stages of my career,  I am now  convinced that I should never give up before the achievement of my career goals despite the societal duties and challenges as a woman”, Nadege recounts.

To an aspiring female scientist Nadege advices that :

“You have a role to play in the society, in innovation and research as well as in gender integration. Social and cultural differences between male and female behaviour and expectations do not have to be an obstacle to dreams but rather a good opportunity to prove that working together as women and men can boost research and economy”

After the fellowship, Nadege plans to pursue a PhD degree and in addition actively engage other young women in Burundi to get involved in research and innovation  as a solution to poverty and unemployment.

Zainah Nampijja was preparing to defend her Masters thesis when she was nominated for the BioInnovate Africa Women Fellowship. This nomination and eventual placement in the Insect Protein project was a welcome opportunity to further her research and interest in insect science.

For the fellowship period, Zainah has been carrying out a detailed analysis of different insects (specifically amino acids, fatty acids, minerals and vitamins) to identify their nutritional requirements with the aim of developing a feed formula for the production of crickets and grasshoppers. Specifically, she has been assessing the potential of Black Soldier Fly larvae instars as an alternative protein source in cricket and grasshopper diets.

According to Zainah, one of the important lessons she learnt was that, there still exists gaps in knowledge on insects as a source of food even though many discoveries are still being made.  This insight has revealed to her the need for continuous research to update one’s knowledge.

“I was privileged to participate in the fellowship and  I have loved the constant interaction with my mentor and other insect science researchers from Belgium and Netherlands. This has been an eye-opening experience to the potential of insects as an alternative protein source for both livestock and people” 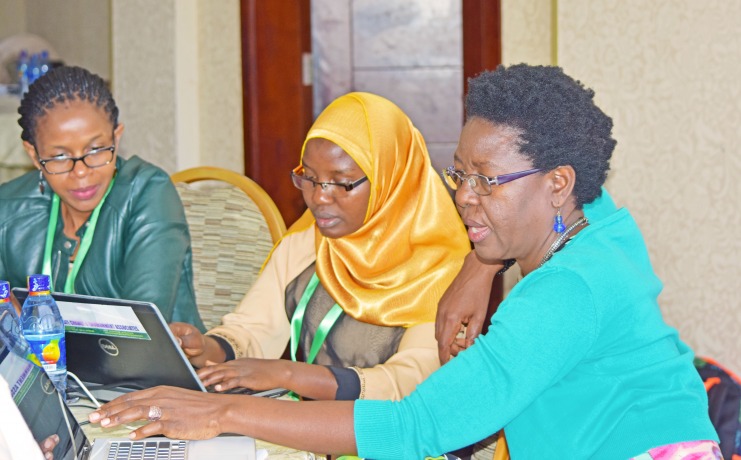 Zaina (centre) in a consultation session with Dr Dorothy Nakimbugwe (right). One on One mentorship is an important aspect of the fellowship

Globally, more than 2 billion people rely on different  insects to supplement their diets. In eastern Africa, protein-rich edible insects are increasingly becoming a viable and sustainable alternative to animal and plant protein for improved food and nutrition security. Therefore, Zaina’s work with Dr Dorothy Nakimbugwe of Makerere University, Uganda will contribute towards finetuning the rearing techniques of grasshoppers and crickets to ensure their consistent market supply in safe and hygienic conditions.

To other aspiring young female scientists she says:

“Young women we are the future of this world, Work hard, believe in yourself and relentlessly pursue your goals until you achieve them.”

On completion of the fellowship, Zainah tells us that she will continue to work on insects as food and feed and later pursue a PhD in the same field.

I will continue with some work on insects as food and feed together with my mentor because I have realized that a lot about insects is not known to myself and the local Uganda community and yet they have a great potential of feeding humans and livestock. I also expect to do my PhD in insect science.”