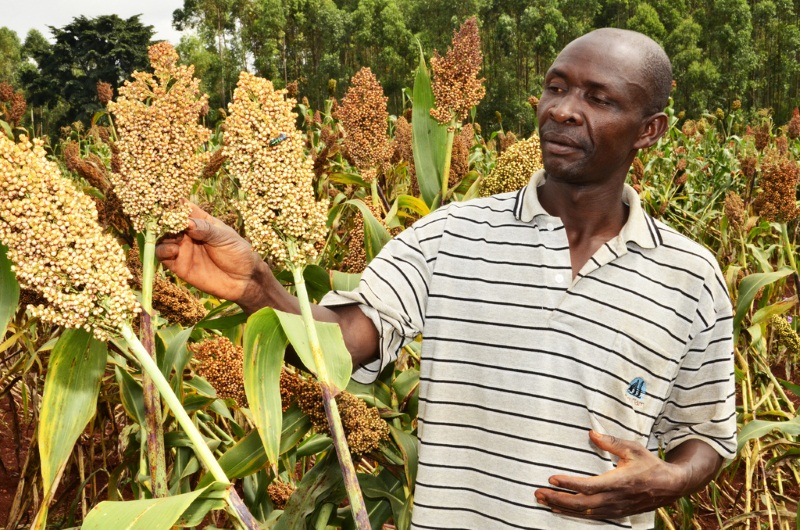 Sorghum and finger millet have been essential staple foods in the semi-arid tropics of Africa for centuries. In eastern Africa, they form an important part of diets of people in Ethiopia, southern Sudan, northern Kenya and Uganda.

Nutritionally, the grains are equal or superior to other staple cereals as they are a good source of quality protein and various minerals. Yet the yields of sorghum and finger millet remain very low (well below their genetic potential) partly due to the low research investment to address present productivity challenges including climate change compared to other mainstream crops. There is a need for more drought tolerant, disease and pest resistant varieties adaptable to low inputs in marginal lands.

The project proposes an approach that will employ both upstream and downstream technologies to enable development of new  tools for improvement of sorghum and finger millet productivity leading to the adoption of improved, disease and drought- tolerant sorghum and finger millet varieties by the smallholder farmers. The project will employ diverse research approaches ranging from comparative genomic tools to field experiments and participatory on-farm activities. Specifically the project aims to: